Last week was spring break, which meant I got to go home to my new house :)

It's perfect! I could not have asked for a better house, and I am looking forward to making it into a home.

With a house comes a lot of firsts. Here are some of the firsts that we came across:

#1 First time we have had to MUCH room
No lie, there is so much space, we literally do not own enough things to put in the house. There are empty cabinets in the kitchen, empty spare bedrooms, and even empty closets!

#2 First House Warming
Now that we have a house, we get to show it off, which we did when the Davidsons came over. Remember sweet Malachi? He along with his parents were our first official house guests. They gave us a wonderful house warming gift and spent the evening with us.


I made a Pintrest inspired meal of Bloomin' Onion Bread, Parmesan Basil Stuffed Chicken, and Banana Pudding. I highly recommend all of them!


Erin and Mark were also able to come over this past Saturday. They also were so kind to give us housewarming gifts...plus I got my belated birthday present!


Needless to say we needed to get it fixed, so we found a repair guy that was able to fix it for us over the next few days.


Hopefully that is our first and last major problem with the house. It was a nice welcome into home ownership!

I don't even want to begin to think about the amount of money we have spent there over the last week. We were there so often, I was afraid the sales personnel were going to recognize us!

There were a few changes that we wanted to make right away, such as getting motion sensor flood light put in. 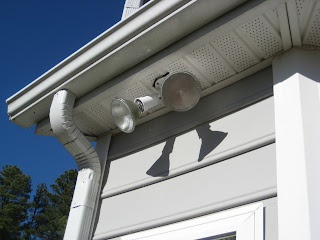 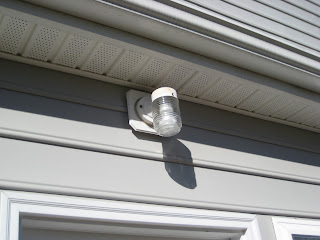 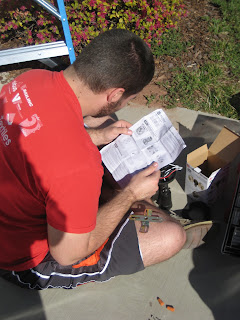 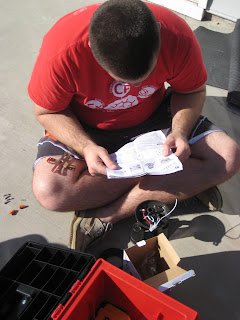 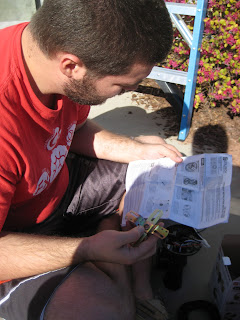 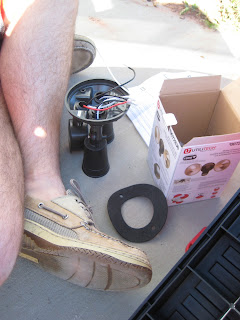 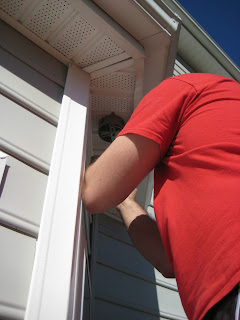 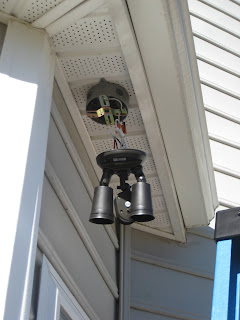 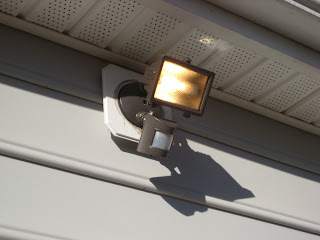 We also are switching out some light switches and getting our yard back up to standards.
I am certain this will not be the last time the people at Lowe's see us!

I loved being there...it made coming back to Columbia that much harder, but I am also just looking forward to all the things to come with being a homeowner. I will be in the house for a the entire summer, which will allow me to start some decorating projects!

What are they talking? Making plans in my house?
Posted by Ginger at 5:21 PM