Orientations were in full swing this week, along with getting to know my fellow classmates. Monday night, one of my classmates invited all of us to come over to her apartment for a meet and greet dinner. Everyone brought an item, I brought a kickass salad (if I say so myself). There was food, fun and LOTS of talking. I am looking forward to the next two years :)

Tuesday morning was the University of South Carolina School of Medicine Orientation. We learned mostly about the main people at the SOM as well as our insurance plans and the library....a lot about the library. There was also an alum of the Biomedical Sciences PhD program that came and spoke with us. He is basically going to be so rich he won't know what to do with all his money and made me cringe in fear of my looming student loans :(

Being genetic counselors meant that we did not need to stay the whole time so we went to get our pictures taken for the website as well as our SOM IDs. The original plan was to then take a tour of main campus, but since we were extremely unorganized and not all of us could go on the tour, we postponed it to the next day. I ended up driving one of my classmates, Cassie, home and meeting her roommates. We ended up sitting and talking for a few hours and getting to know each other, she is awesome in case you were wondering.

Wednesday was orientation at 2 Medical Park (my genetic counseling home). We went over the rules and our class schedules and then were able to just relax and have lunch with the staff and second year students. It was nice to have such a casual interaction with everyone before we needed to buckle down for classes.

The best part of the day however was gallivanting around the USC main campus with my new classmates. We went over to John's house and parked our cars and then carpooled over to main campus. We went to the Visitor Center and found a map box (a mailbox that contained maps) and decided to take a walking tour of campus.

The campus is absolutely beautiful, if you ever get the chance to walk around I highly suggest it. 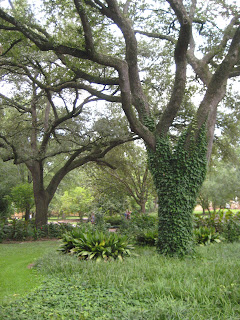 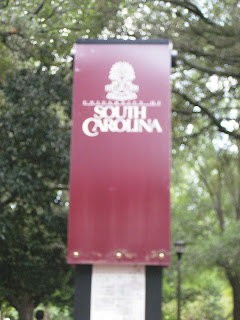 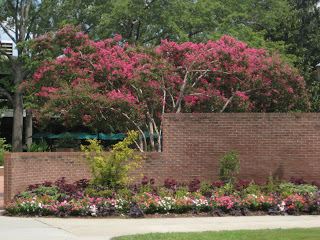 One of our stops was the Melton Observatory. Darcy walked in and of course we all followed and started climbing the stairs to the top, we were then told that we could not be in there....oops
"Come back on Monday night"
"Yeah, no" 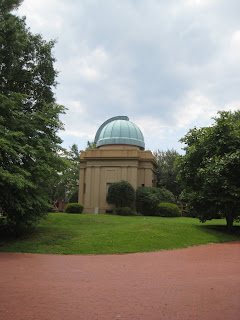 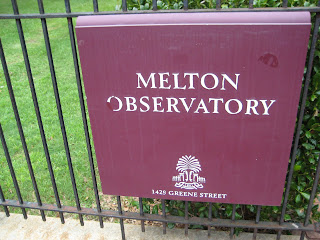 Next stop was the bookstore. They have so many things, and the plan was to get matching shirts...but we are poor graduate students and cannot afford the shirts they sell at the bookstore. 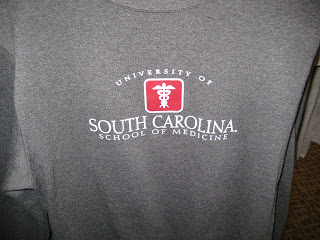 Next, was the fountain. It was dark and black and had a lot of random things floating in it, but it was the perfect place to take our first group picture!


We took a slight detour off the walking tour and went to the gym which is a couple of blocks off of main campus. This gym makes the NC State gym look like a playground. We are planning on going over to the gym as a group after some of our classes during the week and maybe do some group fitness classes...and 1 and 2 and 3...

To conclude we walked past the law school buildings and the student theater and ended at the Horseshoe. It was my favorite part of campus, simply beautiful. 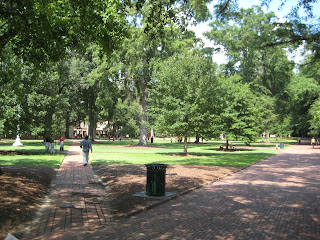 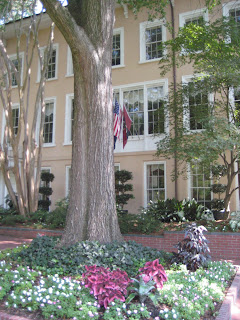 Whew, I think that is it for now. I promise to let you know about my first day of class later on, but for now I am off to make dinner and get myself organized.