To mark the first day in December, my classmates and I had our second annual Secret Santa. Last year, we got together  at the end of finals. Even though it was nice and we had a good time, all of our brains were completely fried and I don't think we enjoyed it as much as we could have.

Fast forward a year later and we celebrated this year's Secret Santa BEFORE finals and at our apartment!

Cassie and I worked super hard to make that apartment look festive: 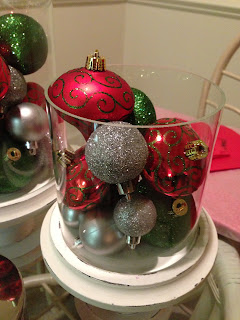 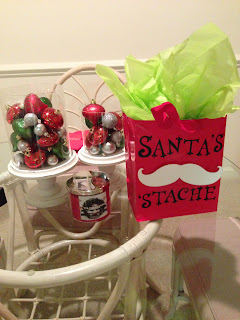 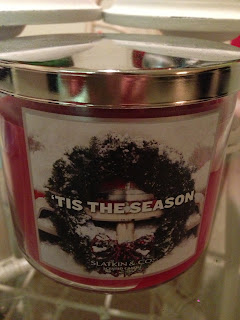 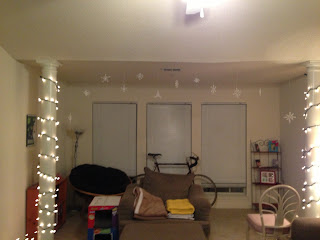 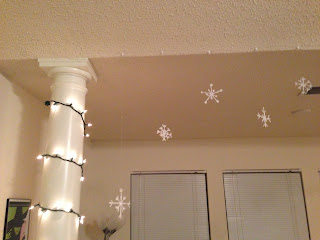 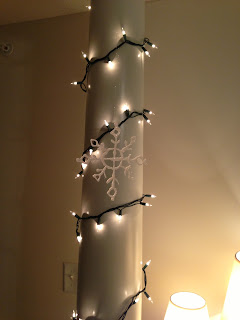 We started by filling my candle holders with ornaments and burning the "Tis the Season" candle from Bath and Body Works. We then wrapped light around the columns in our sunroom. To make it just a bit more festive we made snowflakes using hot glue. They took no time at all and they cost no money!

Once everyone arrived we immediately opened our Secret Santa gifts. Here was the breakdown:

Ginger: I received the best present ever which was a Taylor Swift iPhone cover! My Secret Santa was Jade and she knows me all too well. 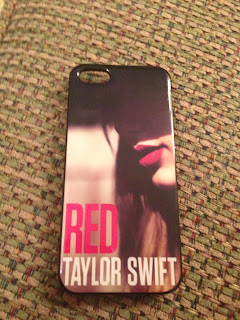 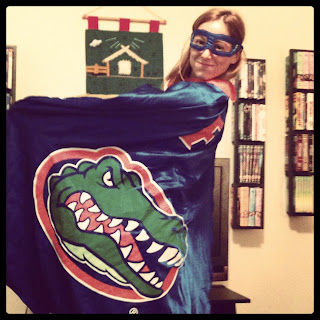 Cassie: Cassie had Stephen as her Secret Santa and her CROCHETED her a giraffe, and they matched! 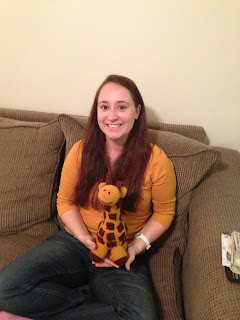 After the tissue paper stopped flying through the air, we made Christmas ornaments! We made Santa Bellies and Snowmen 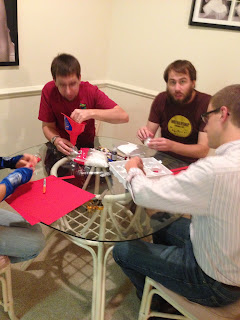 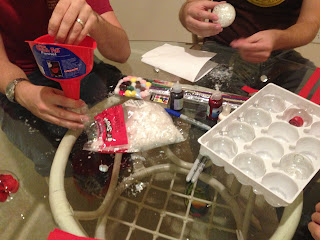 We ended the night with Disney Scene It and Cranium and of course a group photo :) 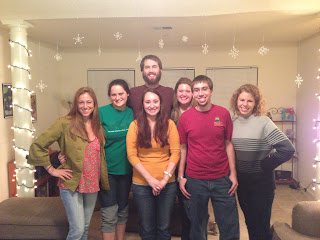 Thanks to Josh for taking the picture of us! Here is a cute one of him and Kim :) 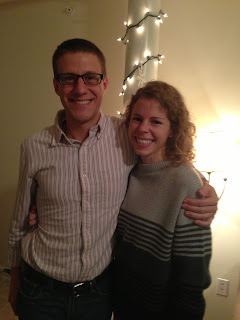 I really miss seeing my classmates on a regular basis. It was a fun way for us all of hang out and have fun outside of school....and it involved presents....what could be better?